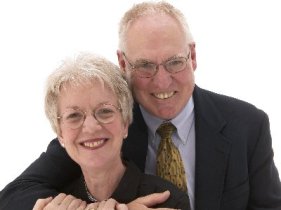 Pastor Rhodes is the founding pastor of North Lakes Christian Church. He entered the ministry after receiving his degree from Abilene Christian University. Pastor Rhodes attended A.C.U. while serving as a Dallas, Texas Police Officer from 1968 – 1979. He was a “Bus Minister” in Dallas for four years, sending buses into disadvantaged neighborhoods to bring children to church. Pastor Rhodes served in the same capacity in Tulsa, Oklahoma for another five years before moving to Minnesota.

Pastor Rhodes and his wife Barbara live in White Bear Lake. They have been married for over forty years and have four grown children, four grand daughters and two grandsons.

Pastor Rhodes is a Distinguished Military Graduate of Artillery Officer Candidate School, received a 4.0 average in Bible at A.C.U., is a former Board Member of Minnesota Bible College, and is involved in community organizations such as Business Networking International